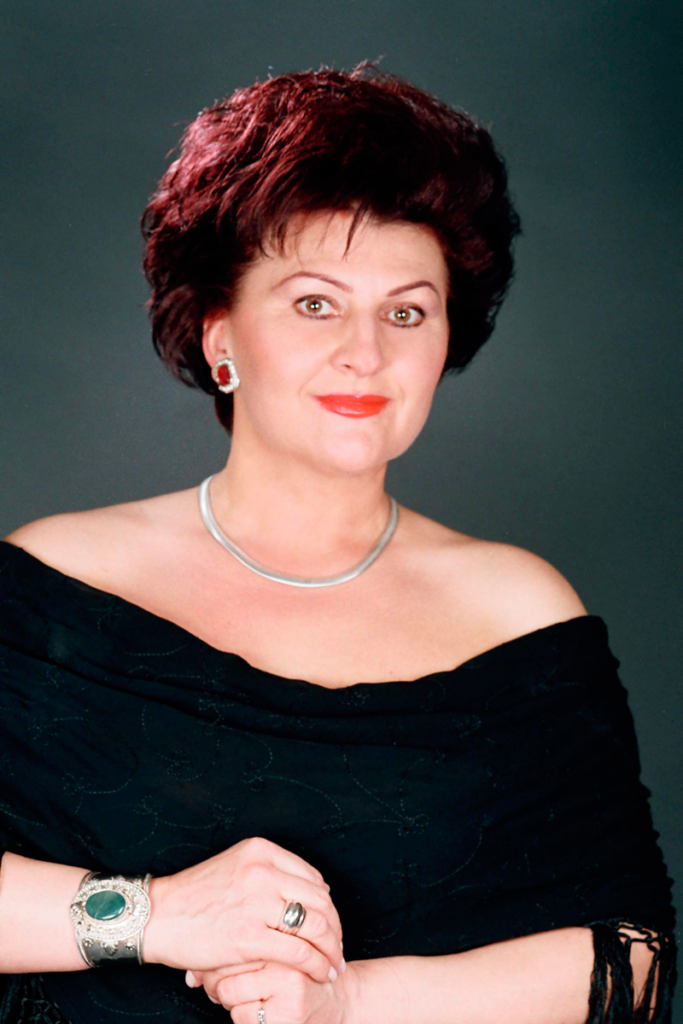 Graduated as a singing and piano teacher in her hometown, Szeged. In 1981 received a Master’s degree with honour from ’Franz Liszt’ University of Music in Budapest as an opera singer.

Debuted as Elsa in Lohengrin by Wagner in the Hungarian State Opera in 1981.

Early in her career she sang several Mozart – roles, among them forming Donna Anna and Vitellia are the most outstanding. Afterwards she sang almost all of the leading soprano roles of Verdi, Puccini and Wagner, Mascagni, Tchaikovsky, Erkel and Richard Strauss giving exceptional dramatic performances in Hungary and abroad. For outstanding interpretation of roles in operas of contemporary composers she was awarded with Bartók-Pásztory and Artisjus Prize. The 35th anniversary of her operatic career was celebrated at the National Theater of Szeged with a great Gala Concert conducted by renowned Hungarian conductor Tamás Pál and recorded by Szeged TV.

Since 1997 as professor and head of voice department at University of Szeged Béla Bartók Faculty of Art she has educated numerous young artists and helped them to achieve high level in their career as opera singers or as teachers.

Since 2013 as master teacher of the Hungarian State Opera she helps the technical and interpretational development of soloists, and singers in the choir as well. Since 2014 the Hungarian State Opera count on her professional knowledge also as opera ambassador. Her scientific and informative lectures about the opera are very popular in Hungary and often followed by local media.

Often invited guest professor at master classes in Europe, in the USA and in China and jury member or chairman in singing competitions in Hungary and abroad.

In 1998 Professor Temesi has founded the ‘József Simándy’ Singing Competition and she works as artistic and managing director of the competition.