International opera competition “Lazar Jovanović” is a significant music and educational event and one of the most important opera competitions in this part of Europe. The competition is intended for young artists ready to start their professional career and to re-assess their talents and artistic qualities in front of the authoritative international jury. It was founded in 2003 in honor of the famous Yugoslav tenor Lazar Jovanović and by 2015 it was held within the activities of the Music School “Stanković”. Due to the extreme increase in importance and value, the competition had to seek a new committee; so as from 2016 it’s being organized by the Cultural element, introducing a number of organizational and artistic novelties and moving the competition from the musical school hall to its current home – Ilija M. Kolarac Endowment.

Every year the competition is attended by over a hundred participants from nearly ten countries. So far the jury of the competition has consisted of some of the biggest names in the local and world music scene and pedagogy and the winners of the competition have proved themselves as excellent musicians in recent years, winning worldwide concert podiums and opera stages.

Lazar Jovanović (Zemun, Austro-Hungarian Empire, April 8, 1911 – Sulmona, Italy, March 26, 1962) was the famous Serbian opera singer, erudite, art and culture connoisseur, polyglot and interpreter of operatic libretto and singing poetry. He was the principal singer of the National Theater Opera since 1942. He is considered one of the best tenors of the Yugoslav music scene. He was born in Zemun on April 8, 1911, in the old upper-village family, as Laza Jovanović-Porcia. After the completion of the Zemun grammar school, Laza Jovanović graduated from the Faculty of Mechanical Engineering and until the beginning of the war worked at the Aviation Command, taking private lessons with Professor Aleksandar Ruc and his friends Žarko Cvejić and Zdenka Zikova.

After the outbreak of the war in 1941, he moved to Belgrade and entered the opera choir of the National Theater, where he was immediately noticed by the conductor Stevan Hristić and directed towards the solo roles. In eight seasons, as he performed within Belgrade Opera, he did a number of prominent roles and received many awards and three high state recognitions. Since the early fifties, when the Belgrade Opera began to perform abroad, his talent was noticed around the world, and during the one-year trip to Zurich in the late 1950s, he decided not to return to the country so that he could get music education. He was the star of the famous opera houses in Rome, Milan, Graz and Vienna, and he died suddenly in 1962. Unfortunately only one recording of this great artist has been preserved to date, in form of a tape recorded privately in Vienna as a gesture to his family just before Jovanović’s death. 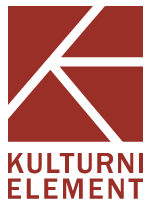 Cultural element is an artistic association founded in 2011 in Belgrade, which brings together many young artists, actors, dancers and musicians, high-level professionals in their field. Together, they form one of the most outstanding artistic groups, which has carried out dozens of projects across the country to date. The members of the Cultural Eelement have a common goal: to contribute to the popularization of culture and the arts in these fields through their education, energy and experience. A rigorous selection of members has created a quality team capable of creating something new and creative while respecting the tradition and cultural heritage that is given to us. Being open to modernity, and always in close touch with tradition, the Cultural element creates new art forms, promotes the cultural work of our ancestors and educates the younger generations by orienting them towards culture and art.