The international solo singing competition “Lazar Jovanović” is a significant music and educational event and one of the most important opera competitions in this part of Europe. The competition is intended for young artists ready to start their professional career and to re-assess their talents and artistic qualities in front of the authoritative international jury. It was founded in 2004 in honor of the famous Yugoslav tenor Lazar Jovanović and by 2015 it was held within the activities of the Music School “Stanković”. Due to the extreme increase in importance and value, the competition had to seek a new committee; so as from 2016 it’s being organized by the Cultural Element, introducing a number of organizational and artistic novelties and moving the competition from the musical school hall to its current home – Ilija M. Kolarac Endowment. Every year the competition is attended by over a hundred participants from nearly ten countries. So far the jury of the competition has consisted of some of the biggest names in the local and world music scene and pedagogy and the winners of the competition have proved themselves as excellent musicians in recent years, winning worldwide concert podiums and opera stages.

Next year’s 18th competition will be held from 10-13. June 2021, with the greatest number of awards since the establishment of the competition to date. 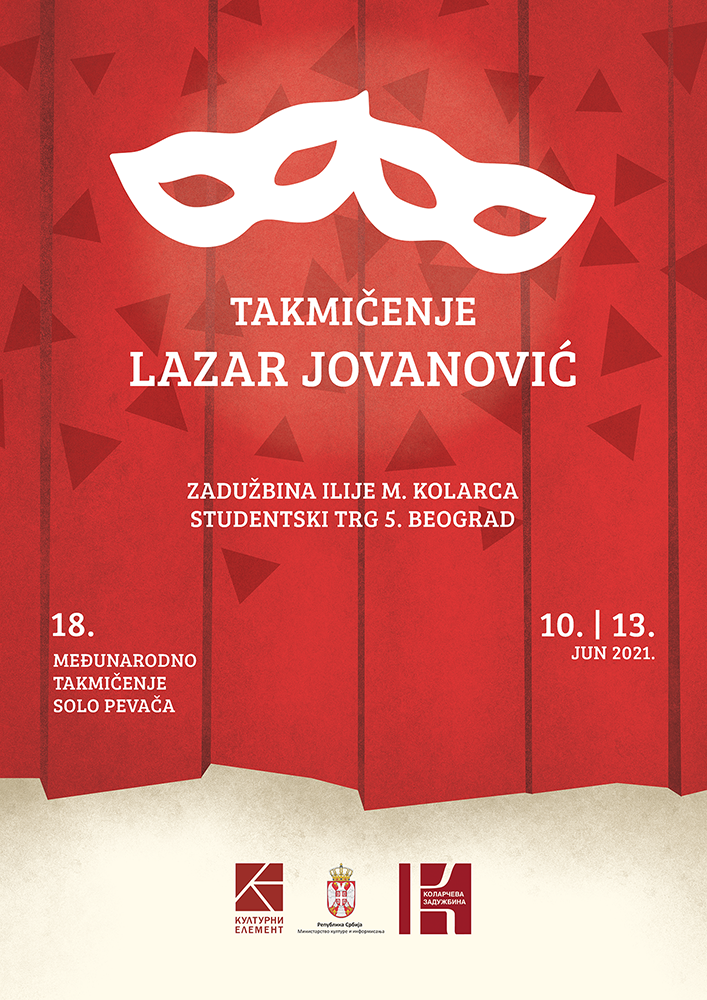