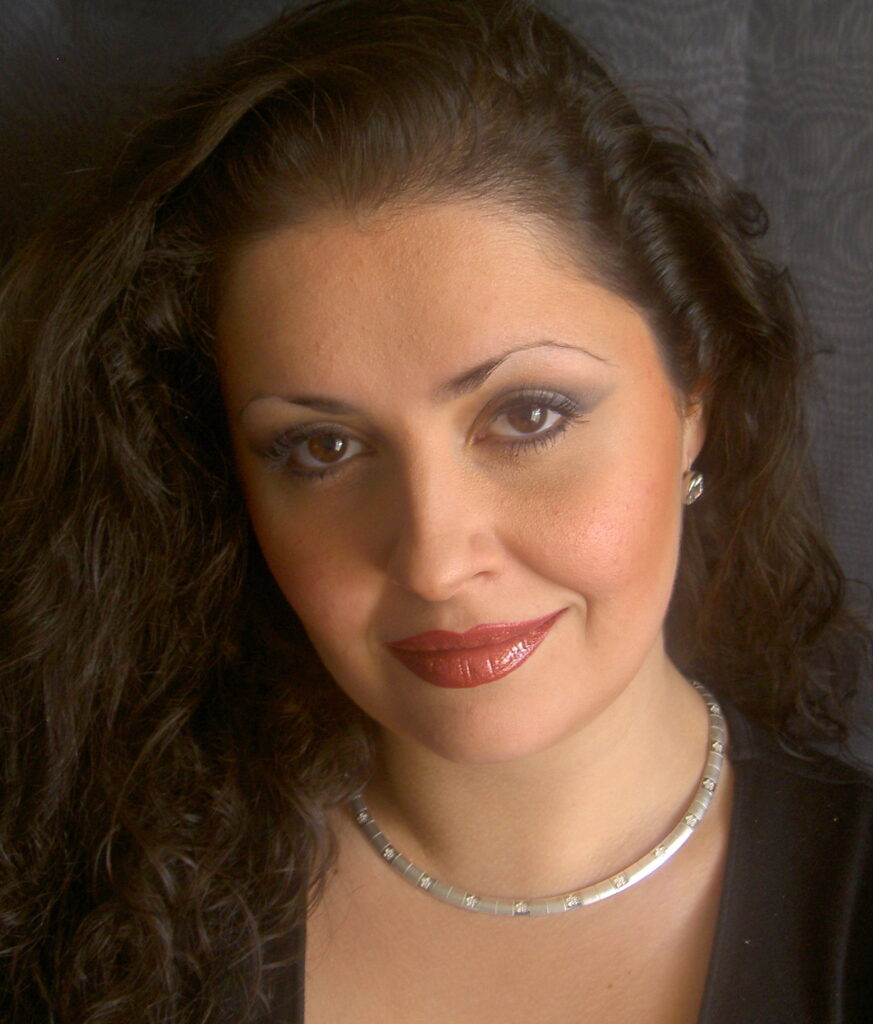 IVANA DIMITRIJEVIĆ-ARANĐELOVIĆ, mezzosoprano, was born in Belgrade. She graduated from Faculty of Musical Art in Belgrade in 2003, where she studied with distinguished professor and opera singer Biserka Cvejić. At the end of her undergraduate studies she was awarded a scholarship from Ambassy of Norway Kingdom in Belgrade as one of 500 best university students in Serbia.

In 2005 she finished Postgraduate Opera Course at Royal Academy of Music in London, where she studied under tutelage of Elizabeth Ritchie and Ingrid Surgenor and was awarded a full Entrance Scholarship – Kobler Award from Royal Academy of Music. She also received scholarships from Josephine Baker Trust and Ross Gobey Charitable Trust and holds DipRAM diploma for outstanding final performance.

She won a great number of prizes at state and international singing competitions and in 2005 represented Serbia and Montenegro in one of biggest opera competitions – BBC Cardiff Singer of the World in Wales, Great Britain.

In 2001, during her undergraduate studies, she had her first opera debut in the role of Mamma Lucia (Cavalleria Rusticana) as a member of National Theatre Opera Studio in Belgrade. From 2003 she performed as concert and opera singer in Great Britain and Europe and had the opportunity to work with renowned artists such as conductors Sir Colin Davis, Martin André, Carlo Rizzi, Giuliano Carella, Cristobal Soler, directors John Copley, Ian Judge, Ian Rutherford, Gianpaolo Zennaro etc.

At the end of 2019, Ivana was engaged as an expert associate at Institut for Improvment of Education to work on realisation of programme of national intrest – the reform of Curriculum for secondary music school education for subjests solo singing and sight reading for solo singers. She also worked as an professional consultant on a collection of songs for voice and piano Biseri srpske umetničke solo pesme, printed in 2021.