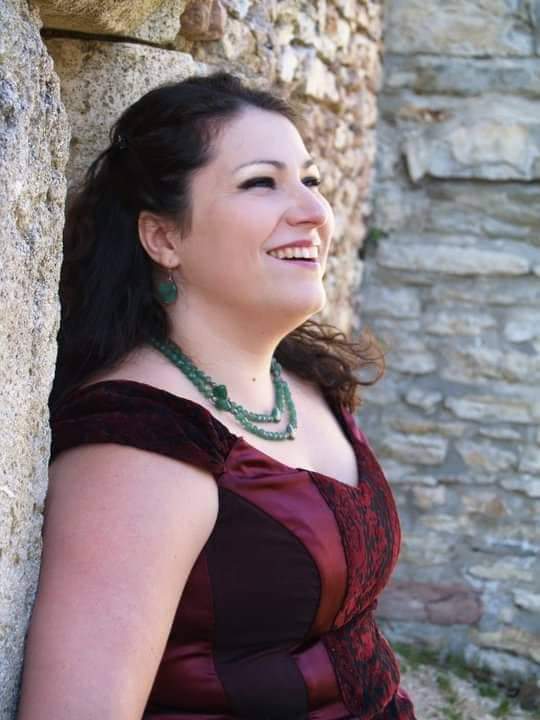 She was born in Sarajevo, where she finished primary and secondary music school in two directions: violin and solo singing. After graduating from the Zagreb Academy of Music, he continued his studies with the renowned pedagogue and opera champion Stojan Stojanov Gančev. He regularly holds solo concerts throughout Croatia and abroad through long – term collaborations with pianists Ivan Batoš, Barbara Bego – Bojić, Ana Anconelli, Mario Čopor and organists Edmund Andler Borić and Mario Penzar. She has performed as a soloist with the Zagreb Soloists, the Sarajevo Philharmonic, the Osijek HNK Orchestra, the Dubrovnik Symphony Orchestra, the HRT Symphony Orchestra, the Chamber Orchestra, the Croatian Army Wind Orchestra and others.

She also recorded for the HRT archive. She made her debut in the opera Ivan pl. Zajc Nikola Šubić-Zrinski in the role of Jelena at the National Theater in Sarajevo, so with the same role she made guest appearances and excellent reviews in Bosnia and Herzegovina. In the Ivan pl. Zajc in Rijeka performed in the operas of G. Verdi Macbeth in the role of the Lady and the role of Berta in the opera by G. Rossini Il Barbiere di Seviglia. At the Croatian National Theater in Osijek, she performed in the operas of Ivan pl. Zajc Nikola Šubić-Zrinski (Jelena) and guest appearances of the opera outside the home stage, V. Bellini Norma (Adalgisa), G. Verdi Nabucco (Abigaille) studio role, and numerous concerts and guest appearances with the ensemble HNK Osijek. She has collaborated as a soloist with conductors Vjekoslav Šutej, Nikša Barez, Julio Marić, Nada Matošević, Dario Vučić, Filip Pavišić, Mladen Tutavac, Ognjen Bomoštar, Tomislav Fačini and others. In the season 2006/2007. she acted as a regular guest of the National Theater in Sarajevo. In 2008, she won the first prize at the international competition Lazar Jovanović in Belgrade (Serbia). In March 2010, she won another first prize at the international competition of solo singers Bruno Špiler in Herceg Novi (Montenegro). In addition to concert, theater and pedagogical work, he cultivates a love for chamber music by acting as a member of the Solenza trio who, in addition to regular concert performances in Croatia and abroad, recorded a record label Croatia Brands of Croatian Composers nominated for the Porin Record Award. and well received by critics and audiences.

In the period from 2008 to 2014, she was engaged in pedagogical work at the High School of Music “Alberta Štriga” in Križevci, where she shared her rich experience with many young singers with whom she won numerous national and international awards in solo singing and chamber music. Since 2014, he has been the head of the Department of Solo Singing as a professor-mentor at the Zlatko Baloković High School of Music in Zagreb.